We are pleased to announce our highlight video of the 2019 festival.  Please enjoy the video by clicking HERE.

A big thanks to the generous support of Intermusic SF Musical Grant Program. 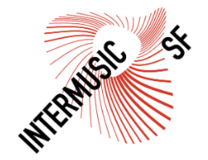 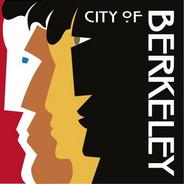 The Berkeley Festival of Choro is a

Curating a wide array of choro over the years, the Berkeley Festival of Choro is taking a fresh look at where the beloved Brazilian genre can go.  This year we feature members of the Echo Chamber Orchestra performing the Brazilian Choro Suite for choro quartet and chamber orchestra (Peixoto/Wainapel/Senna), as well as the music of São Paulo native, Lea Freire.  Freire, featured on our 4th Berkeley Festival of Choro is an inventive arranger, pianist and flutist.

Also featuring accordion master Vitor Gonçalves with special guests, Alexandre Ribeiro on clarinet and Roberta Valente on pandeiro, and members of the Berkeley Choro Ensemble.  Originally from Rio de Janeiro, Gonçalves has delighted audiences around the world performing with Anat Cohen as well as with his own choro super group, Regional de NY.

We want to thank Berkeley Civic Arts Grant program for awarding us a grant to make this possible.
​​THANK YOU!

Banda Juventude and the Oakland Eastbay All Star Ensemble OEASE will perform a concert at the Casa de Cultura in Berkeley.  This is a free concert and is part of our student education program.  Directed by Grammy Nominated music educator, Zack Pitt-Smith, these young musicians will perform choro music and music of the late composer Letieres Leite of Rumpilezz.

Special guests, Alexandre Ribeiro and Roberta Valente will join the students in a roda following their sets.

Both concerts are available on the Berkeley Choro Ensemble - YouTube channel.  Please subscribe to our channel to get new updates.

Thanks to the Berkeley Civic Arts Grant program