The “Banda Juventude” is a project of the Berkeley Festival of Choro. This is the third year it has been a part of the Festival. These students come from the diverse public schools of the East Bay. It is an essential part of the vision that this program serve all youth members of the community, with special attention to marginalized populations. The banda exposes music students to a wide variety of traditional Brazilian musical styles: frevo from the north east, marchas from wind band brigades of the turn of the 20th century as well as music from Orkestra Rumpilezz and the late composer, Letieres Leite, that draw from Afro-Bahian ceremonial rhythms and melodies.

Berkeley resident Zack Pitt-Smith is the education director of the Berkeley Festival of Choro.  In 2019, as part of our festival featuring brass players, he brought the first student group we have featured on our festival, the Oakland Public Schools Wind Collective.  In 2020, Zack put together a virtual all female ensemble in the festival honoring Women in Choro. Zack is the music director at Edna Brewer Music School in Oakland.  He was named

Teacher of the year in 2013 and sits on the board of the California Music Educators Association both at the Bay Section as Multi-Cultural Music Representative and Urban School Music Program representative. His middle school band was featured in the Pixar movie, “Soul” released in 2020. He is a Finalist for the 2022 Grammy Music Educator Award. 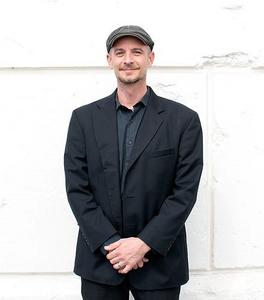